How Do Football Clubs Make Money?

How many times has your favorite football club ⚽ won the trophy 🏆 ?

Football is one of the most loved sports around the world. It is one of the leading and competitive industries globally. There is a huge amount of money estimated for the success of football clubs.

So the real question arises, 🤔

How do football clubs make money? It is a question that many of us can’t wrap our heads around.

A Football club needs to have numerous sources of income in place in order to cover these expenses.  Clubs spend money on the salaries of the management team and players.

Furthermore, it costs a lot of money to organize player transfers. Money is needed to upgrade the medical facilities, publicize the team, enlarge the stadium and training facilities, and other issues.

Each year there are a lot of reviews that go on, particularly for the football club business model. It is also a well-known fact that football teams get their money from prize money, matchday revenues, TV broadcasting, and transferring players, but it is not limited here.

So, let’s see below how these factors are covered and how sports teams make money.

To know how do sports teams make money, let’s dive in and understand the factors of football business models.

Following are the top 8 ways football clubs get money.

There is no doubt that football clubs make a profit from winning leagues, championships, and tournaments. The more performance the players put on the pitch and the more leagues they win, they gain more money as rewards.

“From the statistics of the sporting news,  the winner of the 2022 FA Cup, for example, receives a total of $2.44 million with bonuses awarded for each win as they progress toward the final. “

However, they don’t have to win the game every time, even if they don’t win the game, they get their amount for their position and effort on the pitch.

Also, the amount of prize money varies from one tournament to another and more successful clubs tend to earn more money. So, prize money constitutes a huge amount of income for football clubs.

Sponsorship from various national and international brands provides lucrative deals to the football clubs by advertising the clubs and players. While some sponsorships do not offer capital, many brands offer deals to provide funds for a contracted period of time.

Soccer clubs are allowed to have as many sponsors as they like, including sponsors of the team’s uniforms, practice equipment, and transportation. These are all key revenue streams for football clubs.

Republic World reports that after qualifying for the UCL on the final day of the season, Premier League powerhouse Man United would maintain their £75 million yearly Adidas shirt sponsorship agreement.

3. Sales and Transfer of Players

The amount of money gained from the sales and transfers of players is insane. Huge deals of money are reported for the transfer of top players and the amounts seem to increase every day.

From the sources of Goal, the transfer of Neymar from Barcelona to PSG in 2017 was €222m, and Kylian Mbappe from Monaco to PSG was €180m. Similarly, when Cristiano Ronaldo transferred from manchester united to Real Madrid in 2009, the transfer was for £80 million.

This trend is increasing day by day and many valuable players transfer from one club to another which is a huge asset for football clubs to earn their income. Whether it is the player wanting to leave the club or their finished contract, transfers can happen.

The transfer amount mostly goes to the football clubs, but the players also get a portion of the money.

When football clubs have to make money, many clubs are seen to sell their merchandise in their internal branches of gift shops. They sell various themed football items or football kits.

This may not be the big amount of money they gain as compared to other revenue streams. Big football clubs such as Manchester United, Chelsea, and Liverpool’s jerseys are manufactured and sold worldwide, which helps them earn a certain amount of money.

It is not uncommon to see club merchandise selling jerseys around the stadium or when a popular tournament is on the way. Likewise, visiting the club museum, stadium, walking on the pitch, and players’ rooms can be the sources of how merchandising is done.

In addition to stadium tours where individuals can walk on the pitch, experience the player change rooms, and visit the club museum, other sources of income include fan perks.

Another crucial source of how football clubs make money is by broadcasting deals with various tv channels through domestic and multinational television rights.

According to BBC, the English premier league had a total of £5.136 billion by selling its television rights, which was more than 70% of previous records, and £4.2 billion from Sky channel, £960 million from British telecommunications.

Sky paid for five of the seven TV packages while rival BT paid £960m for the other two in the record TV rights auction.

Following the club’s announcement of a “long-term collaboration” with the audio-streaming platform – Spotify, Barcelona’s stadium is now called the Spotify Camp Nou. That being said, clubs can also sell their title rights to generate revenue to operate the club.

Starting in 2022–2023, the stadium will be associated with a sponsor for the first time and the front of team shirts for men and women will include the Spotify logo. The training shirts will also receive sponsorship from the Swedish firm for three seasons.

Selling title rights of the football clubs helps in gaining a huge amount of revenue and it can be for good causes too. Sometimes big football clubs sell their title rights in helping collect funds for disaster victims, medical aid, sports programs, etc.

7. Matchday Sales in the Stadium

Match Days are extremely important for making revenues for football clubs. You see the footballers giving them all their effort in the game, the audience and fans hooting for the player, and the owner relieved to see the amount of money wired into the club’s account.

Football clubs benefit a lot from selling tickets on match days. There is a huge fan following of various football clubs around the world and people buy tickets worth thousands to see football matches that benefit the football business a lot.

In comparison to the situation where tickets needed to be purchased separately for each game, the price to the fan is relatively lower. Additionally, the club profits as it is guaranteed a set amount.

Other revenue streams come from fan benefits like stadium tours that let visitors see the players’ locker rooms, run on the field, or check out the club museum.

In addition to the match day improvements and football-themed merchandise that we previously discussed, perks also include the sale of t-shirts. These factors certainly add more income to the football club’s account.

The other significant match-day revenue stream, food, and drink will also bring in money for you. The cost of items like pies, hot dogs, beer, cups of tea, and match-day programs is up to the individual clubs.

Although the money made by selling several pies clearly pales in comparison to the sale of a player or a successful cup run, every little bit helps.

What is the annual revenue of football clubs?

The salary for a championship is slightly over £4,000 per week or about £200,000 annually. It serves as a good example of how, albeit still being significant, earnings may quickly drop below those of the Premier League.

Players in the lower tier make about £750 per week, which is not much more than the national median pay, and are paid far less than those in the Premier League and even the Championship.

According to the Deloitte rankings, Barcelona was the richest football club in the world in 2021, but Manchester City overtook them in 2022 after bringing in €644.9 million (£537 million/$709 million) in income.

Due to its widely reported financial problems, Barcelona has dropped to fourth place, trailing Bundesliga champions Bayern Munich and Clasico for Real Madrid.

Paris Saint-Germain is the only French team among the 11 Premier League teams in the top 20, which also includes two teams from each German and Italian football.

According to Deloitte, the top 10 rankings teams together with the overall income (broadcast, gameday, and commercial) in 2022 are shown below.

Players’ salary varies widely depending on their position, experience, and success over the season. For instance, several quarterbacks may earn millions of dollars per season among the highest-paid players on a number of NFL teams, while others may make significantly less.

There are multiple challenges in the football world’s financial world, and the environment is constantly changing. TV income has become too reliant on football teams, but this is no longer enough.

The scope of earning income in foot clubs has endless possibilities. The way games are played today has become mostly commercial, so football clubs go to any extent to win the game.

The love for football by people is another factor that is why a lot of fans come to watch the tournament, leagues, and world cups. This makes the football clubs not only motivated to achieve great results but also to get the cash flowing in their accounts.

The amount of money that a club can earn is largely dependent on its success on the pitch, which directly influences its commercial appeal. The above-mentioned strategies are the most prominent ways in which football Clubs make money.

Best Side Hustles for Psychologists: How to Make Extra Money?

What Happened To PC Classes Online After Shark Tank? 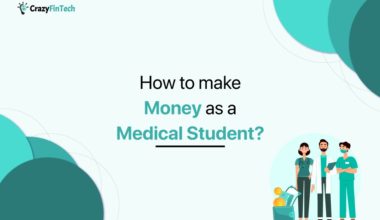 Read More
Being a medical student, it’s hard to keep up with all the expenses. You can wait for a…
HHow To 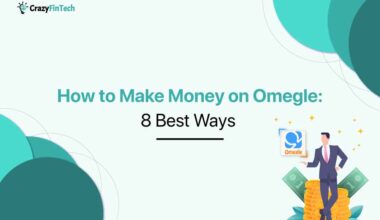 Read More
In a world where many people struggle to make money, some people use popular platforms to earn millions.…